Understanding The Difference Between a Press Release and an Article

You’ve probably heard the term “press release” before, but do you know what it means when it comes to how to write a news release for yourself? It seems to be a common misconception that the term is just a fancy word for an article, but there are some differences between the two.

An article is best described as written content that is either printed or displayed electronically. It can cover any topic but is most often timeless content that people will benefit from, regardless of when they read it. A press release, on the other hand, is typically time-sensitive information regarding a current event, social concern, or announcement. A press release is what you will see when a new business opens or there has been a significant event such as an expansion. When it comes to writing one about yourself, there are some details you should know. So let’s find out how to write a PR release about yourself!

When a company writes and publishes a press release, its entire purpose is to inform the public and draw attention to the business. This can be a great tool for marketing when it is completed correctly or it can be a hindrance to the company if it is poorly developed. Knowing how to write a news release about yourself can be tricky. For a company to create a press release that will truly be beneficial, there are a few things they must keep in mind:

It may seem like a small thing, but the title of a press release can easily make or break it. The title must be concise and to the point, while at the same time informing the reader about the article topic and catching their interest. A general rule is that the title should be less than twenty words in length and should be interesting-the reader should feel compelled to find out more information.

Once an adequate title has been created, a summary should follow. The summary should give more detail about the article. It can explain more about the new company or the change the company has made. Once the audience has read the summary, they should know exactly what the article is about and what the headline or title is for. The summary should be short and will usually only consist of two or three sentences. Following the summary, a standard format press release will have the time and date of the release. If it is being published online, the publishing service will probably do this automatically.

The Introduction of a press release should be an extended summary of the entire article. It should include five main points: who, what, when, where, and why. It should further educate the reader about what is going on, why it is happening, and how it can be useful to them or how it is beneficial in general. This is what makes people get excited about what is going on, and a key to how to write a PR about yourself. If it is poorly written or explained, it may cause the opposite effect.

After the title, timestamp, summary, and introduction are set; it is time to move on to the body of the press release. The body should include information and quotes given by someone with power concerning the topic of the release. If the company is new, the information should be from the owner. If it is a press release for a new invention, the information would ideally come from the person that came up with the idea. Otherwise, it could be from the person that decided the product was worth making.

With all the main points out of the way and the audience now having a full understanding of what the company has to offer, it is time to bring the press release to a close. This is the part where the reader should be able to find out how to get more information about the company, product, or service or the call to action portion of the information.

Writing a Press Release about Yourself

Now that you understand the basics of how to write a news release, you can apply the concept to yourself. Although press releases are typically geared towards companies, they can also be used for individuals such as public speakers, freelance workers, or other contract-type services that people provide. For instance, if you are a public speaker and you are traveling to a city for the first time, putting out a press release about it is a great way to gain followers and build your audience while you are there.

To sell yourself through a press release as a means of marketing, you must find something captivating to draw in the audience. They should feel like they will be missing out if they don’t read the content. You should be able to tell them what makes you stand out and what you are doing that is significant, compared to other people in the field. If you are wanting to know how to write a press release to help sell yourself to an audience, the tips below may be helpful.

First and most importantly, make sure the readers know what you do.

Once they understand what you do, show them why you stand out among the competition.

In doing this, never put other people down or say you are “better than” someone else. People tend to respond much better to positive information that seems exciting and new rather than a negative atmosphere.

Write the press release in the third person.

It may seem strange to write about yourself this way, but it will come across much better to the reader and it is more difficult to leave out important information that you may assume the reader knows if you were to write it in the first person.

Don’t try to make yourself into something you are not. You should be able to present yourself in a way that makes you look good to the readers but you want to make sure you give them an accurate idea of who you are and what you have to offer. One of the quickest ways to hurt your reputation is to mislead your audience.

Remember, when you know how to write a press release, you have a valuable marketing tool and if properly written and distributed, it can give you a powerful business edge whether you are an individual or writing on behalf of a company. 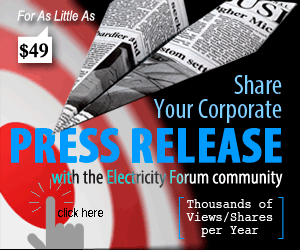